For decades, the Honda Civic has been a benchmark in the compact sedan segment thanks to its dependable performance, affordable pricing, and well-rounded nature. The 2016 Honda Civic is now taking this model above and beyond with a full redesign that makes it quicker, more fuel-efficient, and more comfortable, convenient, and tech-savvy than ever before. Take a closer look, and then get behind the wheel at Tamaroff Honda in Southfield, MI.

The 2016 Honda Civic has a new look, both inside and out. The exterior features sporty, aerodynamic curves and lines for an edgy feel on the road. Inside the cabin, drivers and passengers will notice plenty of room to stretch out, as well as a sophisticated feel with soft touch materials, intuitive design features to the gauge cluster, and an easy-to-use touchscreen interface. 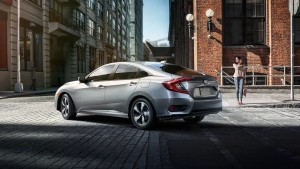 When you buy the 2016 Honda Civic, you’ll have new engine options to choose from. 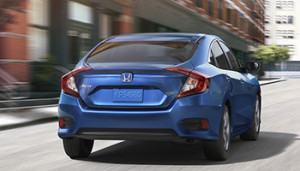 The wait for the 2016 Honda Civic is over! Check it out today when you stop by Tamaroff Honda, located at 28585 Telegraph Rd. in Southfield, MI. Contact us with any questions!

*Based on 2016 EPA mileage ratings. Use for comparison purposes only. Your mileage will vary depending on how you drive and maintain your vehicle, driving conditions and other factors.